Welcome to your local Fort McNair, VA homes for sale & real estate resource. For additional information, including sales history and prices, property disclosures, and more for Fort McNair properties for sale, or to schedule a home tour of any property listed below, contact your LOCAL real estate experts today! Read more about Fort McNair real estate.

Purchasing a home near Fort McNair? Call Your At Home Team, your local real estate team, at (703) 286-1333. Our real estate agents are here to help with the Fort McNair housing market.

The Fort McNair home listings on this page are updated several times per day with information from the Fort McNair, Virginia MLS.

The property price, number of days on the market, square footage, year built, lot size, and other important listing details like assigned schools and construction type are listed on each Fort McNair MLS listing by the listing agent.

Check the current listing status and the local Fort McNair property tax information. Many properties have features such as greenbelt locations and swimming pools, and these will be listed with Fort McNair community amenities such as golf courses and parks.

Most Fort McNair real estate on the market consists of condos and military housing to support those working at the base, but home buyers shouldn't let that discourage them from taking a closer look. Of all the places to live near the downtown Washington DC area, Fort McNair is actually one of the most affordable. And for those looking to live close to the waterfront and close to one of Washington DC's main attractions in the summertime, there's certainly no better place to consider than right here at Fort McNair.

Additionally, residents living in Fort McNair are able to travel to the heart of downtown via the Waterfront Metro station, located just blocks away from any home in the area. Or, if you're looking for easy access to some of DC's southern neighborhoods and communities, the Green Line Metro is also good for that as well.

If you are looking for homes or condos close to Fort McNair in Virginia, check out the listings for Aurora Highlands, Ballston, Belle Haven, or Clarendon.

Known formally as Fort Lesley J. McNair, this long-established army post was originally established in 1791. Today Fort McNair is home to the Joint Force Headquarters National Capital Region, Military District of Washington Army headquarters, and Company "A" of the 3rd United States Army Infantry Regiment, otherwise known as "The Old Guard." It also serves as the location for the National Defense University and the United States Army Center of Military History.

Fort McNair is located on Greenleaf Point, a peninsula on the Potomac and Anacostia Rivers, to the south of Washington DC. Its proximity to major road networks allows for convenient access to the many residential neighborhoods in and around the cities of Arlington and Alexandria and, as a result, much of the Fort McNair real estate market is centered on these communities.

Additionally, Nationals Park is also just blocks from about any location within the Fort McNair community, which is continuing to spark new development all throughout the area. Thanks to Nationals Park, which opened back in 2008, a nice variety of restaurants, cafes, and retail space can now be found all around Fort McNair and Washington Navy Yard, which acts as Fort McNair's neighbor to the east.

Contact Your At Home Team to learn more about representation for buyers and sellers. Preparing to sell your Fort McNair home? View our market analysis page for a home value estimate within moments.

Search Homes For Sale in Arlington 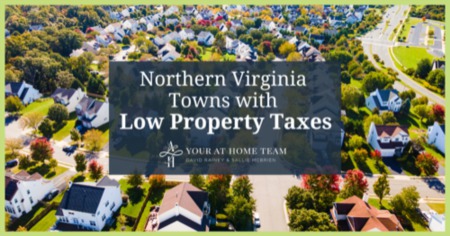 Moving Guides
Where Are the Lowest Property Taxes in Northern Virginia? 8 Counties & Towns With Low Rates
BY David Rainey and Sallie McBrien
View All Blog Posts
The information being provided by Bright MLS is for the consumer's personal, non-commercial use and may not be used for any purpose other than to identify prospective properties consumer may be interested in purchasing. Any information relating to real estate for sale referenced on this web site comes from the Internet Data Exchange (IDX) program of the Bright MLS. McEnearney Associates, Inc. Realtors is not a Multiple Listing Service (MLS), nor does it offer MLS access. This website is a service of McEnearney Associates, Inc. Realtors, a broker participant of Bright MLS. This web site may reference real estate listing(s) held by a brokerage firm other than the broker and/or agent who owns this web site. 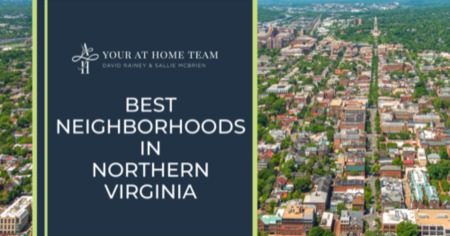